This facility has not yet been rated.


Before Summit Metro Parks purchased 222 acres from the Renner family in 1978, John Renner owned and operated a swim park on what is now Munroe Falls Metro Park. In the 1930s, the family built a two-room summer cabin and dug a small fishing lake near the present park entrance. By 1935 they constructed a house and lived there year-round. They soon realized their lake was popular with swimmers. To discourage visitors, they started charging 10 cents per visit, but this only attracted more people. To accommodate the new business, they created the current 13-acre lake in 1937 and named the place Renner Park.

John Renner, an engineer who built many homes in Akron's Goodyear Heights area, also tried raising pigs on the southeast side of the lake. Price restrictions enacted during World War II made his farming venture unprofitable.

In 2007, Summit Metro Parks acquired the adjacent 287-acre property that formerly contained the County Home, an institution that housed those considered mentally ill or who had no other family to care for them. It operated as a working farm until it was razed in 1978. 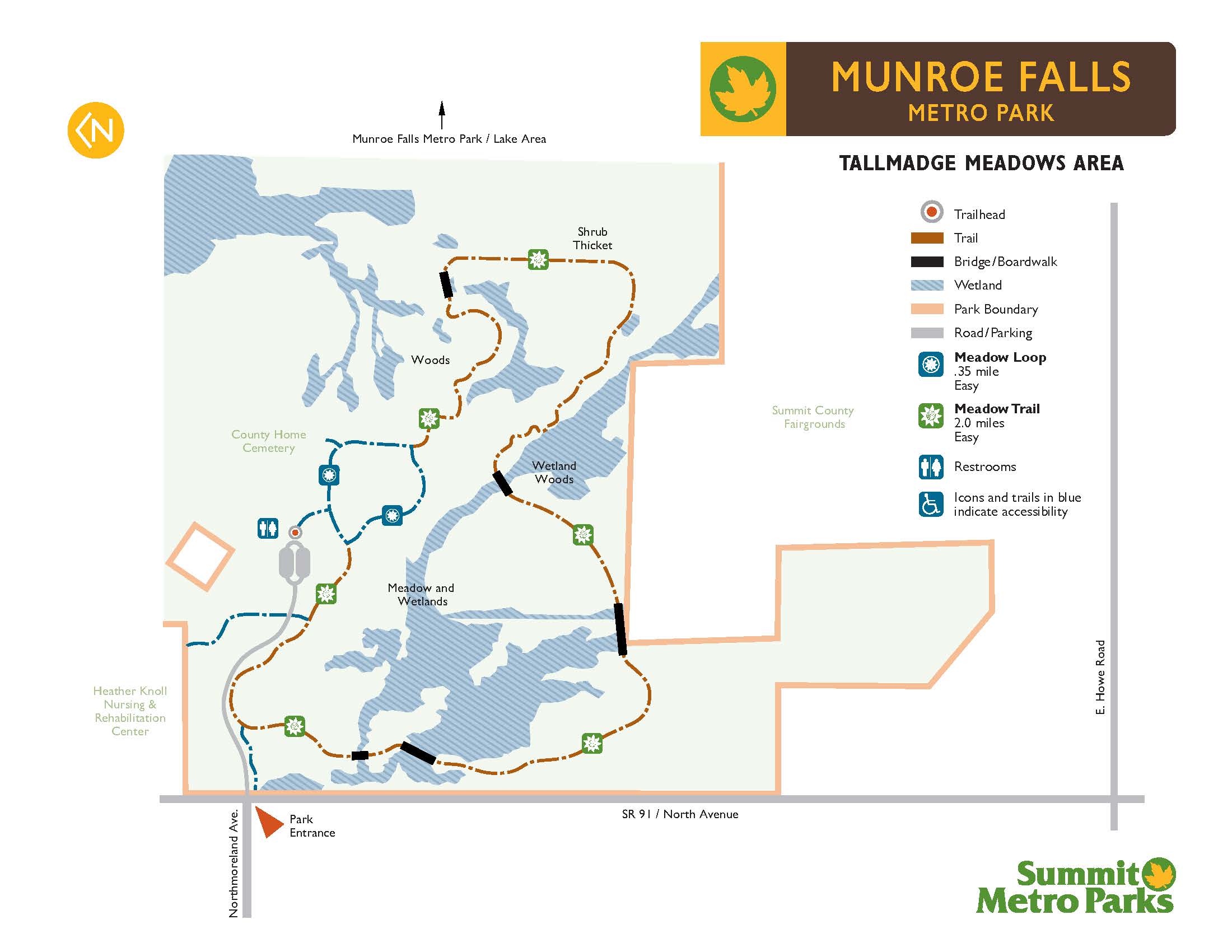